If you own a vagina, a vajajay, a  hoohah, a pussy, a pooter, a fuzzy wuzzy, a wookie or that unmentionable thing "down there"--  real news, the venerable New York Times, understands your  need for a trustworthy expert.

The need for feminine public education is so dire that Netflix is streaming a documentary called a Guide to Cheating Death,  promoted by real news (VICE).

Produced by Tim Caulfied-- a lawyer by training, and a health and science policy researcher by industrial inclination. The first episode stars New York Times  vagina expert, Dr. Jen, and costars Dr. Schwarcz, a chemist by training; and a religious expert, Alan Levinovitz--with no, none, zero scientific expertise of any sort.


New York times selected a medical expert to help you keep your vagina fine-tuned like a Stradivarius.
She will teach you how to clean it--don't,... it's like a self-cleaning oven. No joke!

As your official vetted certified media tour guide on appropriate objects to insert into your vagina---Dr. Jen is weirdly adamant about one thing--tampons, but most definitely not jade eggs. Jade what, you said?   What?  Why? 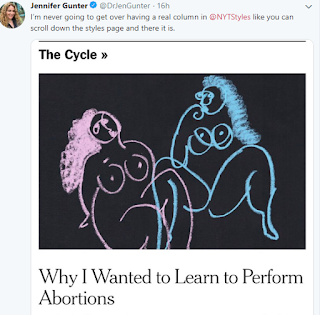 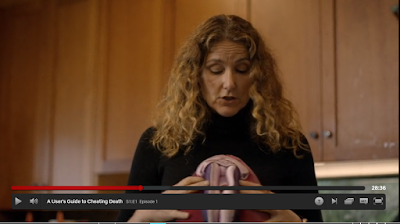 [No Fido, calm down. Stop. It's not a squeaky dog toy! That stuffed fuzzy pink thingie is a female sexual reproductive organ called a vagina with labia, urethral opening and a clitoris.  We'll search  Chewys for doggie toys later.]


Here she is, completely accidentally, appearing with a famous non-industry funded "independent" scientist promoted by the "non-profit" Biofortified, complete with a stuffed GMO corn mascot, probably from the same plushy factory in China where Dr. Jen bought her plushy vagina. 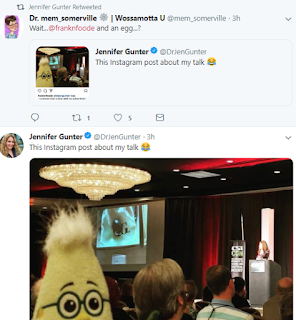 I recognize the Biofortified plushy because the little stuffed corn showed up completely randomly in my flower bed, right outside my hospital, right after a 10,000- Monsanto-member Facebook page cyber attack on my 500-real humans' hospital Facebook page.

You can look up Alan Levinovitz, her documentary costar  on Twitter where he is retweeted by a giant network of industry non-affiliated non-marketing scientists just like Dr. Jen, who regularly promotes famous non-Monsanto affiliated trolls and "non-profits"

Guess what five minutes of googling reveal about Jen Gunter's Netflix costar, the acclaimed scientist, Dr. Joe Schwarcz. Nothing much.

He just happens to work on messaging with  Crop Life, a pesticide industry trade group. 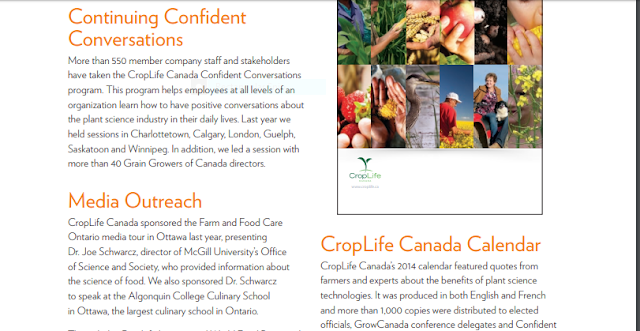 And here she is being promoted by Monsanto's employee Vance Crowe.


You know... Monsanto?  The ones who gifted the health community with health-promoting bovine growth hormone, DDT,  Agent Orange, PCBs,  and GMOs including GMO cotton sprayed with a variety of health-promoting herbicides, like glyphosate (a ubiquitous antibiotic and probably carcinogen dubbed tomorrow's asbestos) and 2,4-D (cousin to Agent Orange) 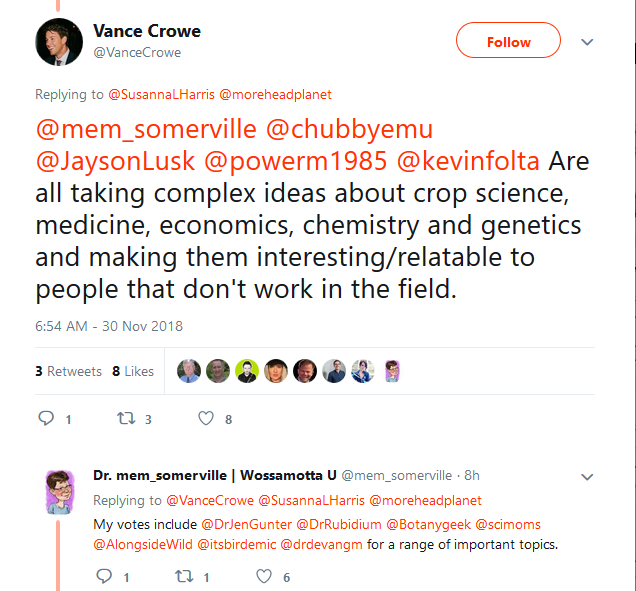 Can you guess what the documentary debunks?  Public concerns about toxins in food, water, and environment, of course, framing health-conscious people as religious, science illiterate fanatics. It's obviously outrageously irrational to want non-pesticide drenched food. Treating food like medicine is extremist and abjectly unscientific in the 21st century.


The Grey Lady herself, who published an expose on Richard Berman's "endless war" strategy evidently hasn't read it's own journalists, propelling Dr. Jen Gunter into the celebrity stratosphere. and appointing her your medical expert.


The meteoric rise to stardom by industry's quasi-experts via celebrity takedowns is a classic public relations strategy aided and abetted by real news too many times to list.
See here and here for a taste. Not unlike mainstream media giving billions in exposure to President Trump, while blaming his ascendancy on Russian fake news.

I know, I know.  No one I know and no one You know has ever heard of Goop. But just wait....real news will be sure to change that.

The jade egg claims to have been used by Chinese concubines to both strengthen pelvic muscles for better sex, and to help its user increase sexual energy, health, and pleasure by somehow connecting your chakra to your yoni. Personally, I think serving your partner dinner in bed, a bottle of red wine,  candlelight and romantic music topped off with a massage are much more likely to connect your yoni to your chakra, but maybe that's just me. I am not going to argue with Chinese concubines or Japanese Geishas.

But If it wasn't for Gunter's discovery and obsessive alerts no one would have heard of jade eggs and their lethal nature and Goop probably wouldn't be a very profitable company-- no thanks for Dr. Jen-- who evidently has never heard of the Streisand effect. 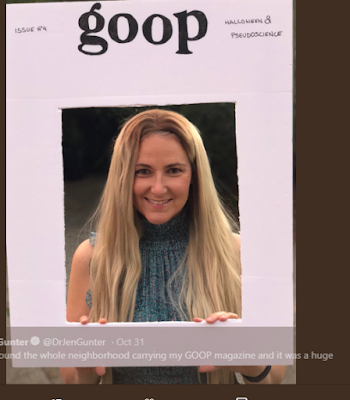 Dr. Jen knows how to science.

It's estimated that over 18,000 tampons are inserted by an average woman into her body during her menstruating years, compared to irrelevant inert non-absorbing rock eggs.

Dr. Jen's landmark study published in a peer-reviewed journal and she is humbled by the traffic it's getting. She has her scientific priorities straight.

Searching archaeological databases Dr. Jen and an archaeologist proved that vagina eggs were never, ever used in China for thousands of years as Gwyneth Paltrow, the dangerous GOOP celebrity claims. As if thousands of years of use in China would have altered their medical indication, sort of like TCM (traditional Chinese medicine) and acupuncture. 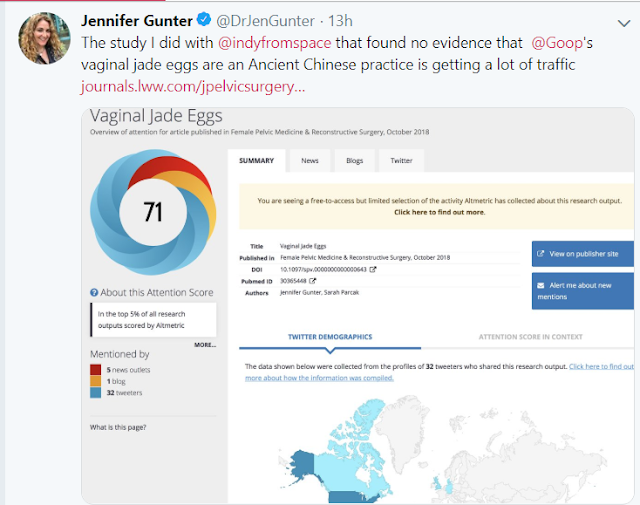 When your rise to stardom depends on destroying a star with her Yoni Egg--Highly motivated scientifically implausible conclusion: Goop Rock Eggs Kill

According to Dr. Jen, Goop eggs are "porous" and thus can lead to life-threatening illnesses. Stated on her blog: Jade eggs could cause fatal toxic shock syndrome.

How many cases of Toxic Shock Syndrome are on record associated with rock eggs?
You guessed it. ZERO!

Remember, they named it Rely... 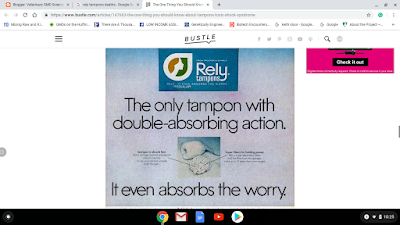 A potentially fatal disorder that results from the interaction of immune system ( that responds differently in younger people than the aged)  with variants of super-toxin or super-antigen releasing aerobic bacteria, Staph aureus, and Strep pyogenes. Aerobic bacteria, remember--needs oxygen to live, while vaginas are anaerobic- supporting growth of friendly house-keeping anaerobic (oxygen-hating) bacteria.

Dr. Jen who has done a fellowship in infectious diseases can't be bothered to consider how glyphosate, a patented antibiotic with well-known suppression of anaerobic bacteria in many animals could possibly, plausibly alter the microbial ecology of the vaginal lining favoring the overgrowth of opportunists like the Toxic Shock Syndrome Toxin spewing Staph and Strep.

So, she dodges glyphosate's probable inhibition of commensal vaginal bacteria by pointing out that glyphosate isn't a carcinogen when ingested--according to the World Health Organization, whose cancer research arm, IARC, classified glypphosate --as a probable carcinogen.

Of course, glyphosate's carcinogenicity and oral ingestion have exactly nothing to do with its antimicrobial effects on vaginal microbiota. Just ask Dr. Gunter.

Unsurprisingly, Dr. Gunter is on record as 100% certain tampons are toxin-free. Yet,  residue levels of dangerous toxins like dioxins, phthalates, or glyphosate are not required to be published-- FDA classifies tampons as medical devices. Ingredients are not listed for medical devices and you can fact check me on it.

Fortunately, she has sisters in arms well known for having marketing expertise and no scientific training, I've written about in a post called Monsanto Politics-Microbiome Mayhem to amplify her message in the press.  And that's really independent, balanced industry-unaffiliated news for ya.

A couple of questions in closing.

Question 1: How much blood does a Goop Rock Egg absorb?

It would be fun to see Dr. Jen subject  Goop Eggs to  FDA mandated absorbance testing, a measure of the risk of causing TSS.

Question 2. Can Dr. Jen post a study culturing Staph aureus or Strep pyogenes (agents of TSS) on Goop's inert jade eggs? She has, after all,  done a fellowship in infectious diseases and publishes in the legitimate medical journal, doesn't she? Like this renowned expert who found that cotton tampons reduced risk of TSS.

And who would want to do that--support organic cotton farmers?

Phew, I learned more than I ever wanted to know about TSS. So, if you have any questions, please post them in comments and I shall share whatever little knowledge I gained researching this highly networked (non-industry-affiliated) medical expert whose pole straight to the top was, no doubt, greased by hard work and scientific expertise rather than $15 billion menstruation industry...
Posted by beaachvetlbc at 10:04 AM