BANALITY OF EVIL IN THE AGE OF THE INTERENT 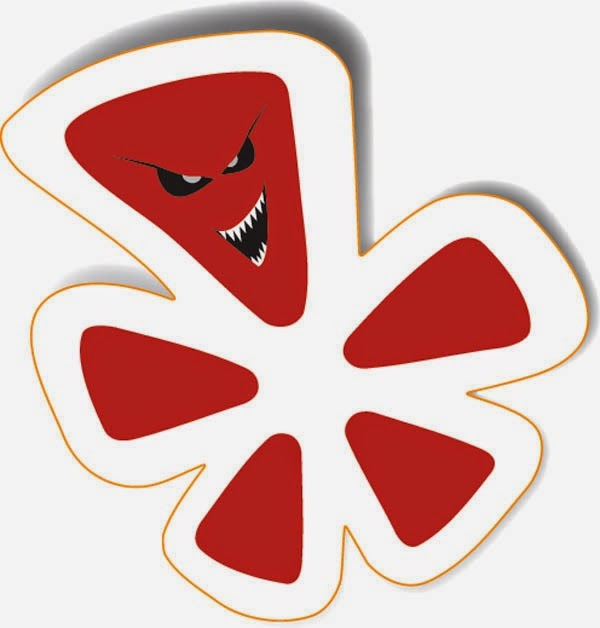 
Like most people, you've peeked at a business' reviews online before investing money or precious  time on it, in the belief that the reviews are written in good faith. Most of us do it because we trust word of mouth opinions of our equals much more than direct marketing by the business itself.

But the reviews you are about to read are from people who have never  been to our business, and as alarmingly, some who have shown up under false pretenses to harass us.

We believe it is our right to know what we are eating and  that GMOs have not been shown safe for our patients to eat.

We have been vocally advocating for labeling GMOs since Proposition 37 was placed on the ballot in California.   Having read thousands of long and complex peer reviewed studies on GMOs over the last six years, we have very serious medical concerns about genetically modified foods, also known as GMO, present in many pet foods. We are concerned that they are contributing to allergies, inflammatory bowel disease, pancreatitis, liver and kidney disease, as well as kidney stones among others. Recently, the World Health Organization Cancer Experts found sufficient evident that Round Up (Glyphosate), present in unmeasured and unknown quantities in most GMOs, is carcinogenic to animals and probably to people, particularly causing non Hodgkins lymphoma and leukemia (AML). Remember, the most common GMO trait is Round Up (Glyphosate) resistance.

As a result, we are being targeted in a smear campaign, psy. ops (torrents of hate lit with gaslighting),  business sabotage, harassment, intimidation, bullying, defamation, libel and legal threats. A Monsanto mommy blogger-"farmer" married into a farmer family that, I was told in confidence, makes generous profits selling pesticides on the side --arranged complaints to be lodged with the veterinary medical board jeopardizing my veterinary license.

I invite you to find out what's involved in admission to UC Davis Veterinary School, graduation, passing two separate Boards (federal and state) and then watching Monsanto's trolls threaten your medical  license -- mine is. Why?

Because I have been doing my best to inform the public. The world needs to know that the cancer specialists at the World Health Organization have just classified Round Up sprayed on 90% of GMOs  as a probable carcinogen.

The most prevalent GMOs are Round Up-ready and  no agency in the United States monitors Round Up residues of a ubiquitous chemical  in our food. We suggest if you haven't been paying attention to food ingredient labels: you begin to read them very carefully now.  Stay away from any package that contains soy, corn, sugar beets/ beet pulp, alfalfa -- very common ingredients in pet foods. 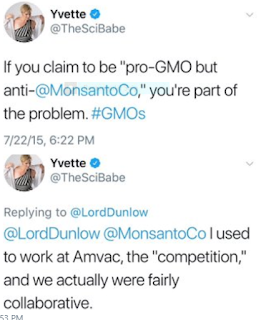 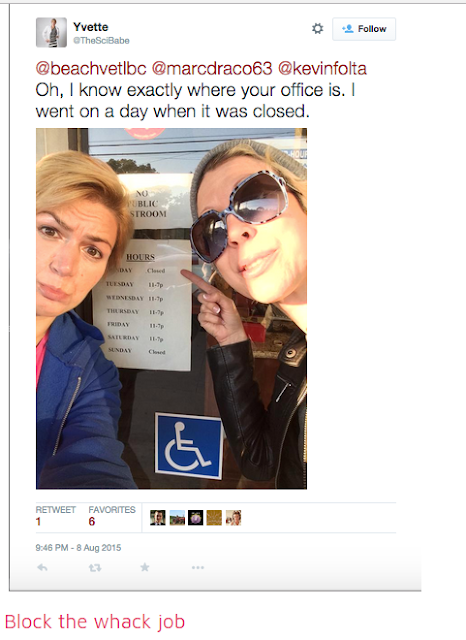 They take pictures of themselves in front of our hospital, as proof that they only visited when we were closed. Yeah, right...

We  have been seeing  suspicious clients sporadically since Proposition 37. Arriving with an agenda rather than seeking care for their pets, our unwelcome MonSatan  "clients" post vicious Yelp reviews and then link  them on Twitter and other GMO discussions. The video below illustrates a Monsanto affiliated front group, Biofortified, planting their mascot in our flower bed. They want to know they are physically present at our hospital. We know  many negative Yelp reviews are fake because the clients -- just like Stephan, Mike B, and several others, who I invite you to learn about in a linked 10 minute video -- don't show up in our records 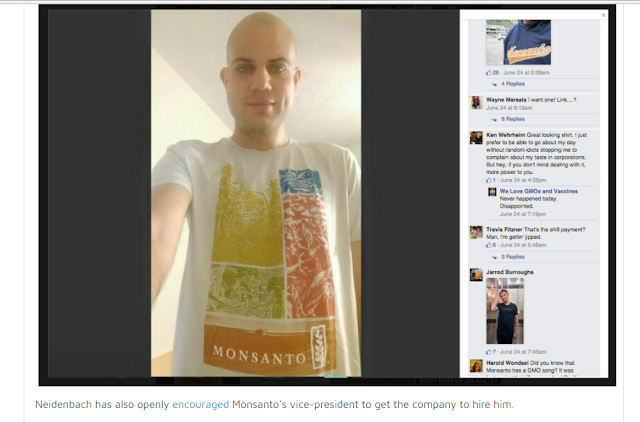 And this is Stephan admitting to cyber-attacks to drive down ratings. 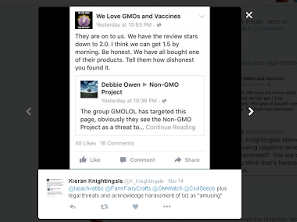 (Because every credible science organization boasts about ruining the reputations of people with whom they disagree...)


Stephan equating labeling GMOs to the persecution of Jews in the Holocaust! 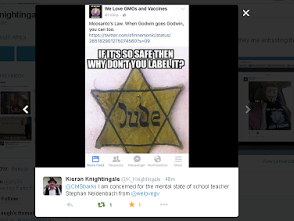 To someone whose grandpa was one of six millions Jews to perish, growing up in a home where two giant tomes of black-and-white photos of the Holocaust and Nuremberg trials graced our coffee table, trivialization of the horrors was beyond shocking.

Stephan equating a celebrated author- Nassim Nicholas Taleb- with Hitler. He is being targeted, just like us, for advocating Precaution with GMOs. 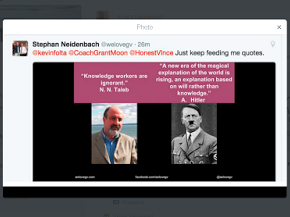 "...an explanation based on will rather than knowledge" -- Isn't that ironic? 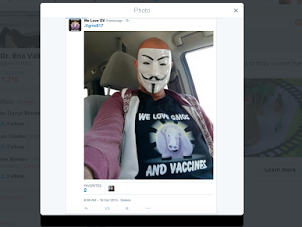 However, when asked for records and surgical instructions,  this "client" acted suspiciously evasive. She had no records from any hospital  nor would she provide the name of the surgeon, or the phone number of the hospital where the surgery was done. 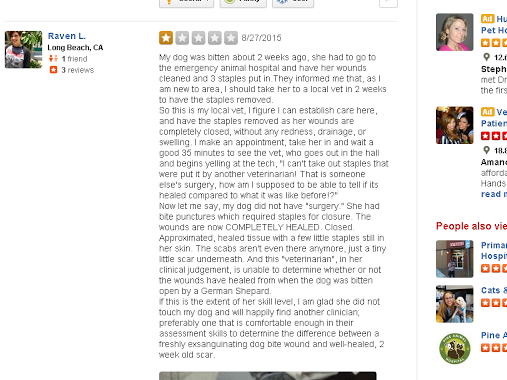 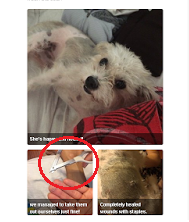 "Was it done at our local emergency hospital, who we work with extensively?"
"No"

In addition to demanding free staple removal, this "client"  reiterated  the point that  she could remove the staples by herself! If you click on her review you will notice that is exactly what she did, with professional grade staple removers, begging the following question:

Unlike routine surgeries, bite wound healing  is neither predictable nor routine because most of the trauma is beneath the skin. Bite wounds are not cutting wounds--they are crushing wounds. Which means that if we remove sutures or staples prematurely, against the primary surgeon's advice-- we have now made ourselves liable- opening ourselves up to a lawsuit.


Client that Yvette "just happens to know" leaves this review 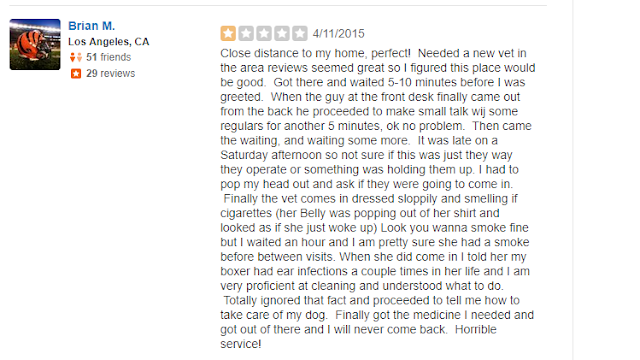 The majority of his reviews are of businesses in Arizona and Utah... 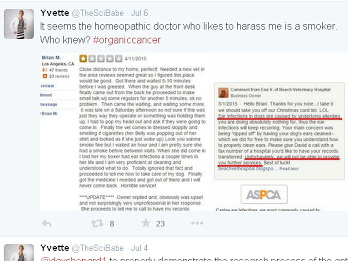 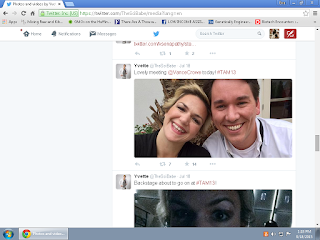 Yvette with Janice Person, Monsanto's PR person who started the GMOLOL 10,000-troll Facebook page that cyber-attacked our 500 person business page, managing to have us banned from our own business page, attacking and insulting us, and harassing our clients. 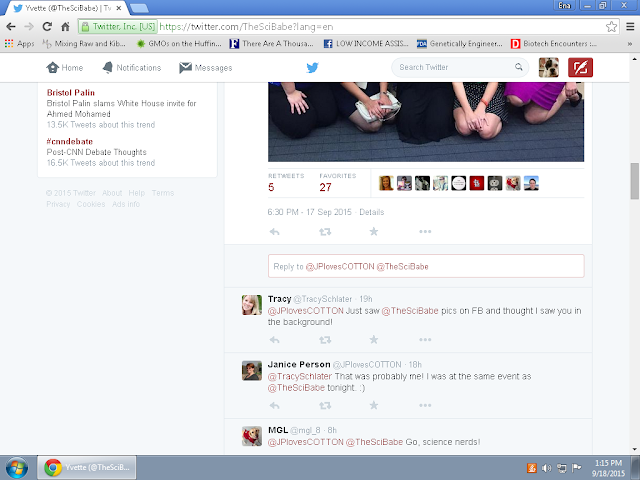 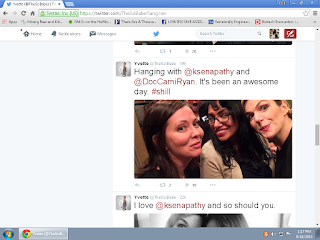 Dr. Frank responds about Mike B., a "client" who left us a one-star Yelp review claiming that we neglected to vaccinate his dog, and that Dr. Frank treated his dog when it contracted the infectious disease, parvo, a disease neither of us has seen in an animal in seven years in Long Beach (described in the video above). 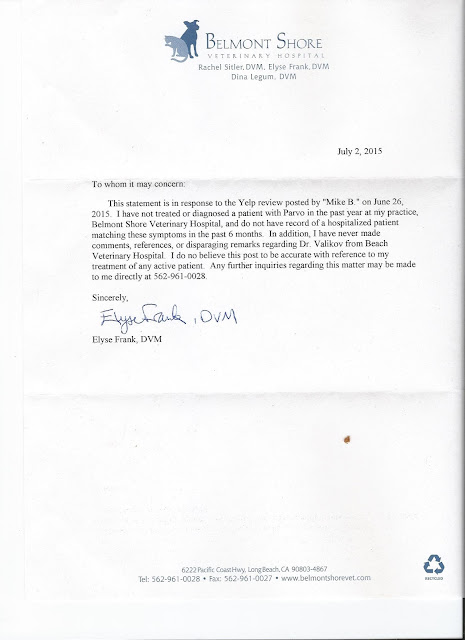 Why Are  Pesticide Companies  in Charge of Your Food?


If, after reading this story you feel compelled to give us a high five on Yelp or Google, we really do very much appreciate it.

Posted by beaachvetlbc at 2:03 PM