If they could only talk

Some days physicians' jobs seem like cake walk. Notwithstanding the fact that M.D.s only work on one single species (human), while vets are licensed to medicate and surgicate on everything else- starting with a tarantula and extending east of a rhino; and  the fact that M.D.s often specialize in just one organ--gallbladders, for instance--while the majority of us are generalists doing everything from manicures to chemotherapy;  the fact that our patients can't speak to us and describe their symptoms actually makes  the most profound difference. For a vet the skill of  history gathering is a science and an art, sometimes taking circuitous routes into strange lands.

I can tell the precise time  and day when my history taking skills hit their zenith.  At 6:57pm  on a Friday night, as Natalie was  tucking in the patients in the back of the hospital and as I picked up the car keys, my nose and  palate already tasting the  bouquet and rich flavor of a 7 year old Pinot Noir I had at home, the hospital phone rang.
"Bellflower Veterinary Hospital"
Distressed, sobbing female caller on the other side of the line. " Hi. My name is Shelly Smith. I think my dog Herb has a brain tumor.  He has been having seizures for half an hour.  We are on the 91 Freeway--can you please see us?"
"A brain tumor? How old is your dog, Shelly?"
" He is two." A little too young for a tumor, I thought to myself.
" I am so sorry. If your dog is having seizures, you are probably better off taking him to the ER because he will need overnight care and  we close in  three minutes"
The woman  sounding more agitated: "I don't know this area at all....we are from Washington state ....drove down to show Peaches and Herb at the Eukanuba International dog show in Long Beach tomorrow. I don't know where the ER  is  II am  really very worried about Herb.  Please! Is it Ok if we bring Herb in- we are on the off ramp to your clinic?"
" Well, OK. We'll see you in a minute"

Natalie came up to the lobby looking puzzled at the sight of  the intravenous catheter and fluids set up.
"Natalie. I am  very sorry,  we need to see a seizing patient. Can you please get the valium out of the drug safe?".
"Sure, not a problem. Didn't have grand plans for tonight anyways"
Four  minutes later Natalie and I greeted  a worried woman, tears welling up in her eyes, clutching the cutest  Cairn terrier we've ever seen. Herb would put Toto to shame.


I quickly examined Herb in Natalie's arms, while Shelly filled out our admission forms.
His mucous membranes were pink and he was well hydrated. The chest sounded normal on auscultation, though his heart was racing. His pupils were dilated and responsive to light and he was visual. Except for his eyes rapidly exploring the lobby around him as if  surrounded by swarms of invisible fairies, there were no signs of  abnormalities on a brief exam. Herb was not seizing but there was something a little different and odd about him. Cairn terriers are normally very busy little dogs, but this one looked busier than normal.

"Most dogs with brain tumors are geriatric Ms. Smith  Lets not panic, OK?

"Is it possible that Herb got into something", asked Natalie,"a toxin of some sort.... could he have gotten into the garbage, eaten some moldy food, insecticides, pesticides, human drugs?"
"No, it isn't possible. We have Peaches and Herb crated when they aren't being directly observed."
"Nat...  could you please put Herb down on the floor so we can evaluate his gait?"

She set the adorable little terrier on the ceramic tile. The scruffy little thing proceeded to  ricochet from the counter to the chairs to the walls chasing invisible hockey pucks in our lobby."
Has Herb been eating well, Ms. Smith?
"Yes"
"Vomiting, diarrhea, coughing, sneezing, drinking excessively?"
"No"
"Is he normally this active and busy, Ms. Smith?"
" Well..... yes and no. He seems to have  more energy than normal"
" Have you noticed him circling to one side, head tilt, any signs of gait abnormalities....acting blind before this incident?"
"No. He was completely normal until about  an hour ago".
"So what happened an hour ago, Shelly... where was  Herb?"
"We unpacked our stuff and let him out of his carrier in our hotel room. He went under the bed for a few minutes"
"Where was Peaches while Herb was sniffing around under the bed?
"She was in her crate in the hotel room"
"How is she?"
"Peaches is  fine. She happens to be the number one Cairn terrier in the country... won Westminster last year. The Eukanuba show was going to be Herb's first show... we had high hopes for him until he got the brain tumor"
"So Herb was OK until he went exploring under the bed. Peaches was crated and she is perfectly fine.
How much did you pay for your hotel room, Shelly?"
"Excuse me?"
"Was it over a hundred dollars.... under a hundred dollars, less than fifty dollars?'
" I don't understand why that would make any difference to you,  Doctor. What does the cost of my hotel room have to do with Herb's brain tumor?"
Natalie and I inflated the Doppler cuff and checked his blood pressure... 140mmHg.
"Ms Smith -Herb's blood pressure is OK. We will  perform an EKG  to be sure he isn't having any heart issues and run some blood-work on him. Is that OK?"
"Sure, do whatever you need to do"
After getting a blood sample and recording a lead II EKG strip we put Herb in a cage to do happy little figure eights  racing with the lollipop guild.   Fifteen minutes  later, our blood tests were completed.

"Shelly.... Fortunately  Herb's lab-work, chemistry, electrolytes and  heart are fine. His red  blood cell count was a bit high, and the EKG showed a sinus tachycardia which is understandable. He has a bit of a respiratory alkalosis probably due to hyperventilation.  Things  look better than we have a right to expect.  I  totally understand that this makes no sense to you, but did you pay less than $60 for your hotel room?"
"Well, yes... we don't know this area, but we found a  little motel a few miles from here for $49 a night"
"I don't know much about Washington, Shelly, but do you know who tends to use $49 motel rooms in Southern California?" 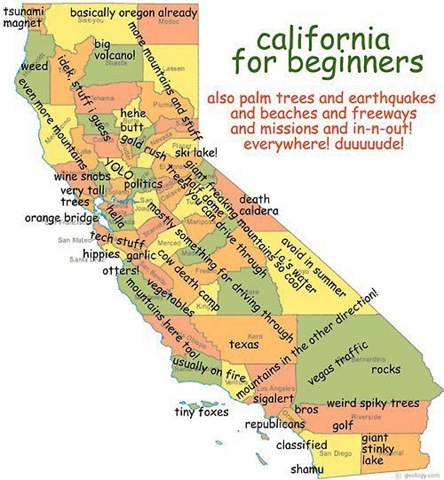 "No...who?"
"Hookers and drug users"
Shelly stared at me as if a  unicorn horn just sprouted from my skull. " Have you heard of meth- the most common of all street drugs? It would take a few particles licked  off the carpet under the bed  for a little creature to do just what you are seeing. I am afraid Herb is tweaking"
"He is doing what?"  It felt like the horn on my head just grew a few inches.
"Tweaking. Tweaking is slang for being  high on methamphetamines.  Your doggie, Herb,  has gone way over the rainbow".


"I think he needs to be monitored for hypertension and for arrhythmias until the drug wears off.  We are going to give him some IV fluids for supportive care.
I sure hope he will be OK--he is a cutie and I really want him to do well tomorrow".

We heard from Shelly a few days after the show- Peaches earned first place.
Herb was better than OK--he earned second place in a national dog competition on his first time out--we will never know if illicit drugs had anything to do with it.

If you believe your pet got into toxins or drugs, please do let your veterinarian know. Our job is to help your pet.  You could help us greatly in this effort by being observant.  Although often there are no specific antidotes available  to ingestion of illicit drugs and toxins, please be honest with us even if it makes you a bit uncomfortable. We are not the police and we will not report you-- being informed enables us to optimize patient care increasing chances of a good outcome for you and your pet.

Posted by beaachvetlbc at 8:43 PM No comments: 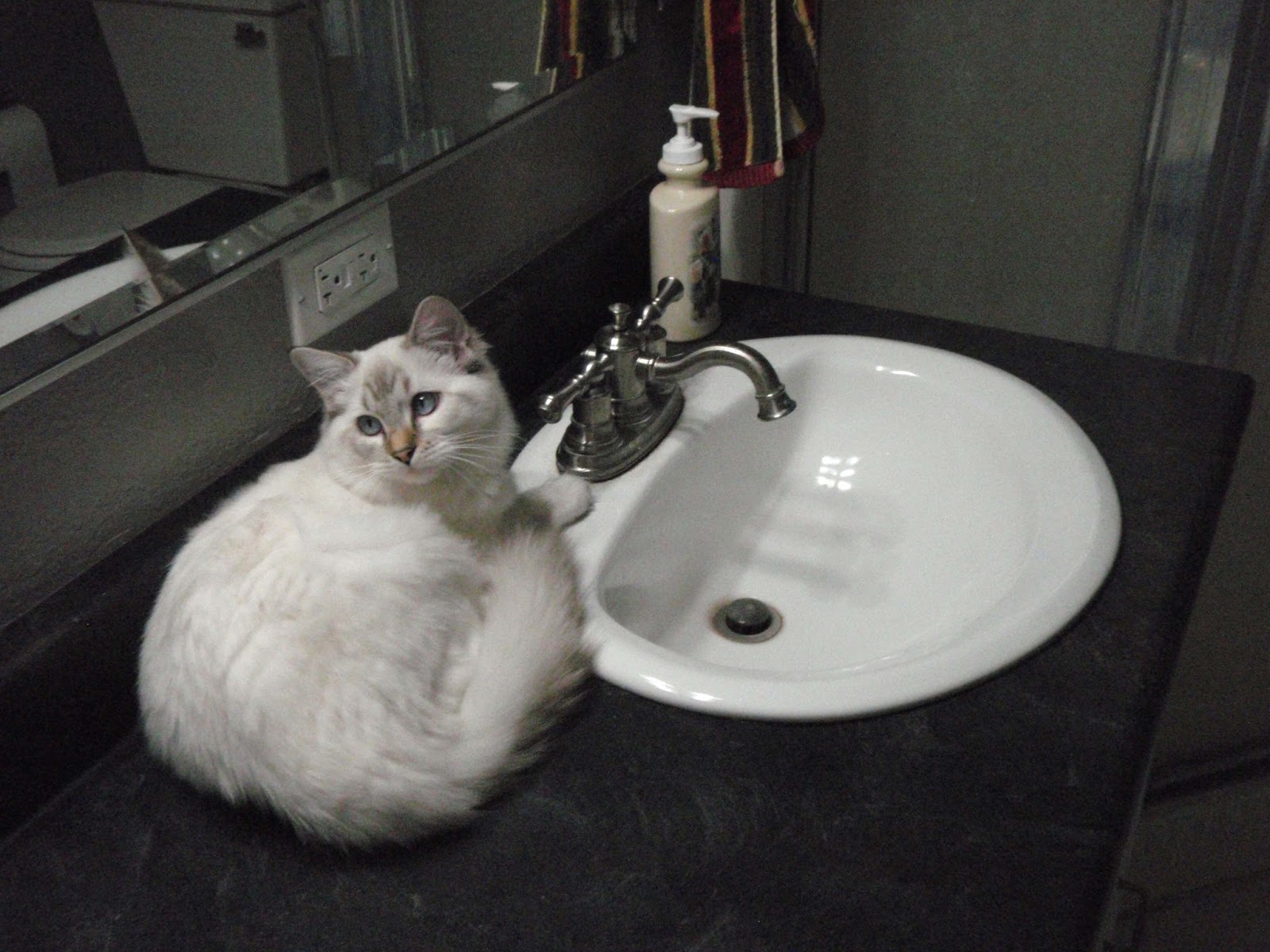 Posted by beaachvetlbc at 9:15 PM No comments: